It is supposed to be an AA-frame but could be as well an A-frame!

Based on the fact that the frame has no eyelets for mounting anti-rain protection does not give us a decisive reason because there were A-frames WITH and WITHOUT them.

Reader "Punchlizer" wrote me a comment (in dutch) by which it can be concluded that it is an A-frame but with an AA-frame colorscheme, where seat tube and headset have the same color.

The frame has not a Cinelli roto bracket which is common for all AA-frames.

Moreover the longer drop-outs, the absence of a butterfly, the (up to 1978) used Forkcrown and the way the front derailleur is mounted make it an A-frame in AA-Colorscheme.

Based on the logo at the toptube it cannot be built in 1977 but probably later.
However if the serial number indicates that it is from 1977, it may be (re)painted between 1979 and 1983.

A final indication for the year of production are the Reynolds 531 decals. Those were used from 1977 thru 1981 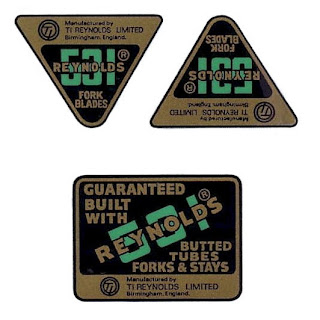 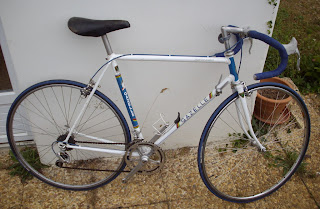 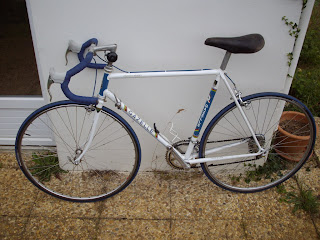 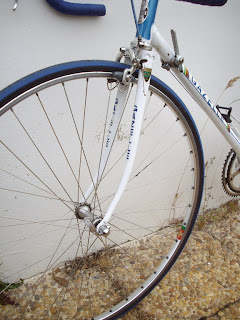 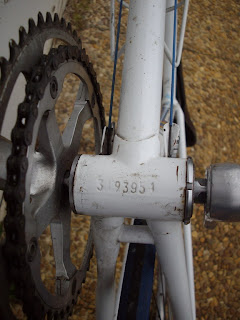 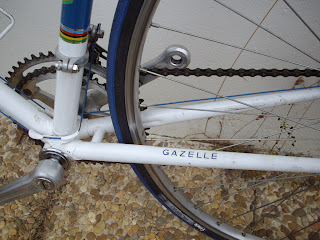 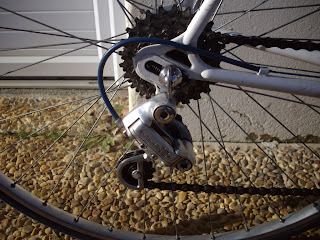 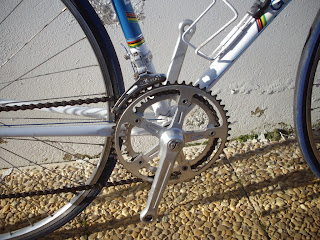 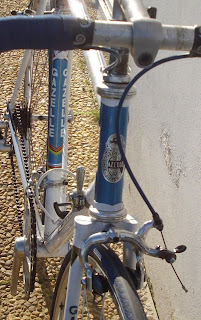 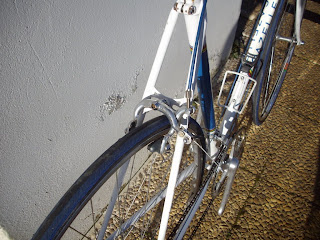